Carbon monoxide (CO), is a colourless, odourless, and tasteless gas - it is very difficult to detect without specialised equipment. Carbon monoxide is highly toxic to humans and animals.

Because Carbon Monoxide is so difficult to detect, and can prove fatal if left unresolved, it has been nicknamed "the Silent Killer".

Carbon monoxide is produced by incomplete burning of carbon-based fuels, including gas, oil, wood and coal. Carbon-based fuels are normally safe to use. It is only when the fuel does not burn properly that excess CO is produced, which is poisonous.

What Does Carbon Monoxide Poisoning Do To The Body? 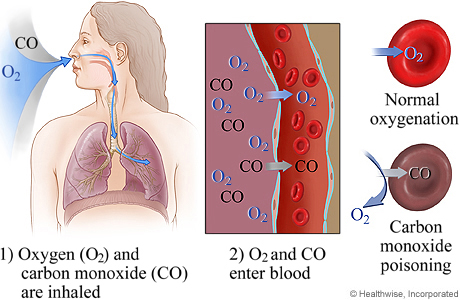 Carbon monoxide poisons by entering the lungs through breathing and displacing oxygen from the bloodstream. Interruption of the normal supply of oxygen puts at risk the functions of the heart, brain and other vital functions of the body. CO is absorbed by the blood 240 times more easily than oxygen and starves the body of oxygen.

The symptoms of CO poisoning can be very non-specific, often resulting in them being mistaken for flu or even food poisoning. They can vary from person to person, and also depend upon the levels of exposure and how much carbon monoxide is breathed in. There are some common symptoms of carbon monoxide poisoning, some of which are listed below:

How Can I Prevent Carbon Monoxide Poisoning?

Fitting of an electronic carbon monoxide detector is a good idea, but it is no substitute for regular servicing. A detector is a bit like a smoke detector, and is there as a last resort.

An electronic carbon monoxide detector should fitted high-up in the same room as the appliance, preferably higher than any door opening and on the opposite wall to the appliance. This is because carbon monoxide is very light and also warm, so it will rise to the ceiling. These alarms monitor the CO level and will sound an alarm if the CO levels rise during a set time, which varies automatically with the amount of CO in the atmosphere.

IMPORTANT! We do not recommend the low-cost disk type that can discolour, as they are ineffective, and if there was any carbon monoxide present then you would be unconscious before this disk had turned black!

if you have an open flue gas appliance (this is mostly fires or older boilers) then it is these which are at most risk as the flue could get blocked or damaged between services, or an incoming air vent could get accidentally blocked (never cover up an air vent).

Nearly all modern boilers are room sealed, so can not give out any carbon monoxide in the property - providing they are correctly fitted.

What Should I Do If I Suspect Carbon Monoxide Fumes?

If you have any suspicion of fumes from a gas appliance then call the National Gas Emergency Service on 0800 111 999 and they will come out free of charge to make the appliance safe.

What Are The Signs?

There are signs that you can look out for which indicate incomplete combustion is occurring and may result in the production of CO: 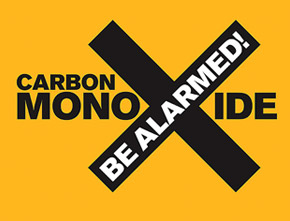 We cover the following areas: